DUBLIN AIRPORT’S OPERATOR is looking for outside help with the ‘challenging’ task of reducing air traffic noise for 200 homes near its planned second runway.

DAA will offer a five-year contract for consultants to research and design noise-reduction modifications for houses and schools within a certain ‘noise contour’ of the new build, which is slated for 2020.

The semi-state company is currently embroiled in a court battle with local residents and an environmental group over Fingal County Council’s decision to extend planning permission for the development by five years.

The extension was sought by DAA because its original 10-year permission for the development will expire in August. Locals allege the build is illegal because it will make their houses uninhabitable.

DAA recently said it will pay 30% above market value for nearly 40 houses that lie within earshot of the future runway. The Commercial Court challenge has been fast-tracked and will be heard on 3 October. 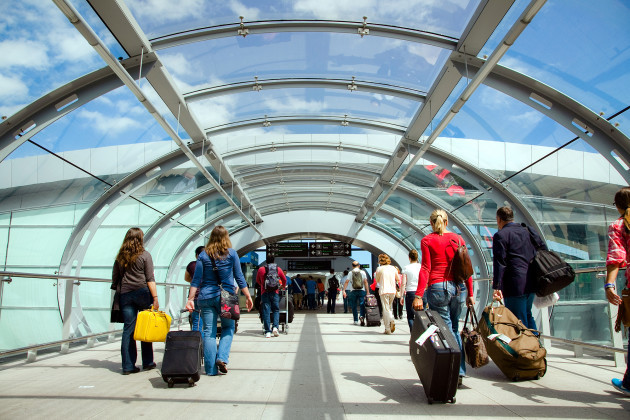 A ‘noise insulation scheme’ for the local area was one of the conditions imposed by An Bord Pleanála when it gave the green light for the 3km runway in 2007.

Homeowners exposed to noise measuring 63 decibels or more for 16 hours a day qualify for the scheme. Six schools have also been identified for the scheme by the planning board.

DAA will foot the bill for any noise cancelling works required, such as double-glazed windows and attic insulation.

A spokeswoman for DAA told Fora that 200 houses are included in the scheme. She could not give a figure for how much the semi-state company expects to spend on the upgrades because the project is out to tender.

According to tender documents, DAA is looking for a team of up to five consultants to oversee any upgrades needed to protect buildings from being exposed to increased air traffic noise.

The “diverse nature” of the houses in the area poses a particular challenge, according to DAA.

“The dwellings consist of a mixture of single-storey, dormer and two-storey standalone dwellings and the vast majority do not form part of any associated developments,” it said in the tender.

“Due to the challenging and diverse nature of the dwellings and the number and complexity of the measures available, the requirements for the upgrade will include significant data gathering, desktop design analysis and front-end design coordination.”

The winning bidders will be responsible for advising, identifying and obtaining planning approval for the works.

Under rules imposed by the planning board, modifications must be completed at least 12 months before the runway opens in 2021 and DAA must revise the noise insulation works every two years.

Meanwhile, there are six schools eligible for noise reduction upgrades. Three of them fall outside the noise boundary but were specifically named in An Bord Pleanála’s 2007 decision.

The tender for the consultancy contract is open until August and it is hoped a contractor to carry out the works will be appointed in September 2018.

Preliminary works on the €320 million runway began last year. It is expected a building firm will be appointed in the coming months to start construction.

Sign up to our newsletter to receive a regular digest of Fora’s top articles delivered to your inbox.

Written by Conor McMahon and posted on Fora.ie

The Town House (pictured) on King Street has been the subject of 15 noise complaints in the last 12 months — all from a single occupant living above and their father.

Dundee City Council’s licensing board reviewed the bar’s entertainment licence at a meeting.

A local authority licensing standards officer said management had shown a “total disregard” for the licence and that its conditions had been breached.

However, the board deferred a decision until August to allow licensee Moira Fairfield to plan and install sound insulation.

In a direct plea to the board, John Muir, representing Ms Fairfield, said Dundee was at risk of “turning into Sleepy Hollow” if pubs were prevented from entertaining customers.

He said: “All of these complaints come from one tenant who was warned that there would be disturbance.

“My client has obtained an acoustic engineer’s report and will sort out the work to install insulation, which will take five days and cost £22,000. The owner would be happy to assist the tenant with removal costs.

“Almost a year on, the tenant is still there making complaints and my client feels she is being harassed.”

City council leader councillor John Alexander asked about a potential timescale in which the works would be done.

In response, Mr Muir said that would likely depend on when the tenant was happy to move out as the work would involve ripping up floorboards.

The works could also involve a building warrant.

“It’s disgusting to see the number of empty pubs in Dundee. It’s a difficult trade at the moment.

“If you want to live in the city centre, in a vibrant city, you’re going to have to expect a certain amount of noise.”

Ms Fairfield told the Tele after the meeting she was hoping the works would be completed in the next four weeks.

She added: “When I want something done, it will get done.”